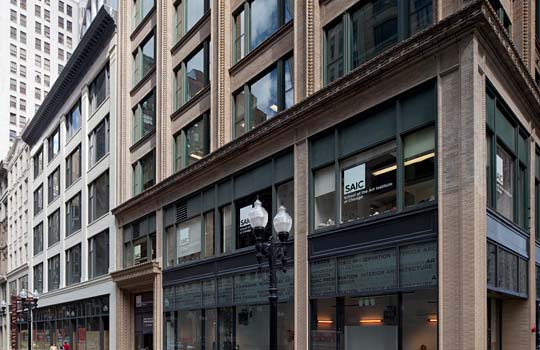 The facades were restored and missing elements reconstructed based on historical research as part of the Legacy at Millennium Park, a residential tower, for Mesa Development designed by architects Solomon Cordwell Buenz. The project includes the School of the Art Institute of Chicago's building anchoring the corner and upper floor retail. Received the 2011 award from the Friends of Downtown for Best New Residential Building.

Built between 1872 and 1879, these facades represent the typical historic appearance of Wabash Avenue. Changes relevant to the period of significance, such as major facade remodeling in the early 20th century, have been retained and support both the Historic Districts.